Marsouin is a software written in Java that accepts as an input NetCDF files containing matrices of stream vectors and that performs an automatic detection of potential retentive structures using evolutionary algorithms such as ant colony algorithms or Genetic Programming.

Marsouin is available as a RPM package, a DEB package, or a JAR file. 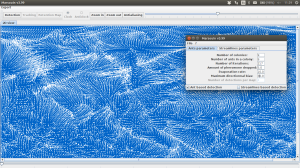 A velocity field from a NetCDF file displayed in Marsouin 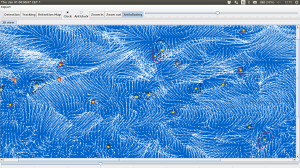 A detection performed by the ant colony algorithm.